So the margarita trail was a bust. You needed to drink 5 of their suggested margaritas to get a t-shirt, but you could only get a maximum of 2 margarita points a day, regardless of how many you drank. Seeing as we were only there for 2 days, we wouldn’t have been able to get a t-shirt (which is the whole point of doing the trail). Instead, we bar hopped along our own route and tried lots of different drinks! That basically sums up our first evening in Santa Fe. 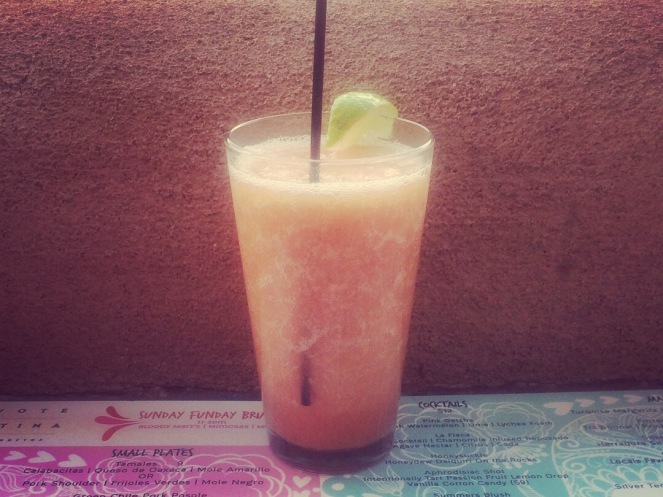 We stopped for dinner first at a local Mexican restaurant called Mucho Gusto. It’s a short walk away from the main drag so it’s a little cheaper than the overpriced restaurants right in the heart of town. They don’t have gluten free items marked on the menu, but once asked they were very knowledgeable and knew what I could and couldn’t eat. I went for the beef and it was yummy. Obviously, I had to wash it down with their house margarita!

From there we headed to Coyote Cafe and nabbed ourselves a spot on the rooftop, overlooking all the gorgeous terracotta rooftops. The cocktail menu was AMAZING. I tried 3 different cocktails and all of them were dreamy, especially the Coco Loco. 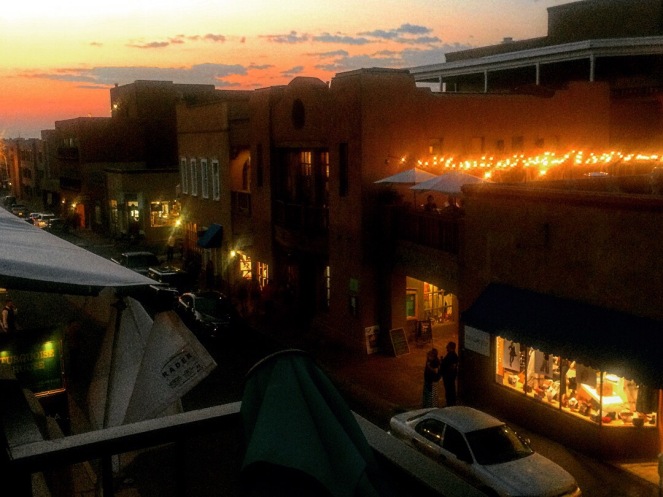 Once we had peeled ourselves away from the cocktails, we stood outside Starbucks to steal the wifi and book an Uber home. I remember when Uber first became a big thing in London and my housemate and I used it to get to a friends birthday party. Within a couple minutes, a fancy Mercedes had pulled up outside and our driver was wearing a suit! Plus, it only cost us £10 to get from Clapham to Holborn. Alas, that Uber now only exists in my memory. Last night, there was apparently a surge (even though the streets of Santa Fe were quiet and there was zero traffic), and they were quoting $45 for a trip that cost under $10 three hours prior. Such a joke. We downloaded the Lyft app instead and yes, they also had a surge, but it was only $14 to get home with the surge fee added. Download Lyft!!

Today we got the train into town at Ewan’s request (he revealed yesterday that he loves trains almost as much as commercial planes – the things you learn about someone when you spend a month with them in a car). Despite the fact that we got the times wrong and arrived 45 minutes early for our train, it was a VERY cheap and easy way of getting around. I capitalized the ‘very’ next to cheap because we got both journeys for free! On the way into town, no one came around selling tickets, so we just didn’t buy one. On the way back, someone came round to sell tickets just as we were about to arrive at our stop, so he told us we didn’t need to pay. Score! The train is also adorably called The Road Runner and when the doors close, it makes the ‘meep meep’ sound! Cute.

We explored all the outskirts of town today, staring at the Railyard. There were lots of cute craft and food stalls in the Railyard, including a coffee shop that did the BEST gluten free coffee cake I’ve ever eaten. Ewan passed on the PB&J cookie which came back to bite him in the arse later. 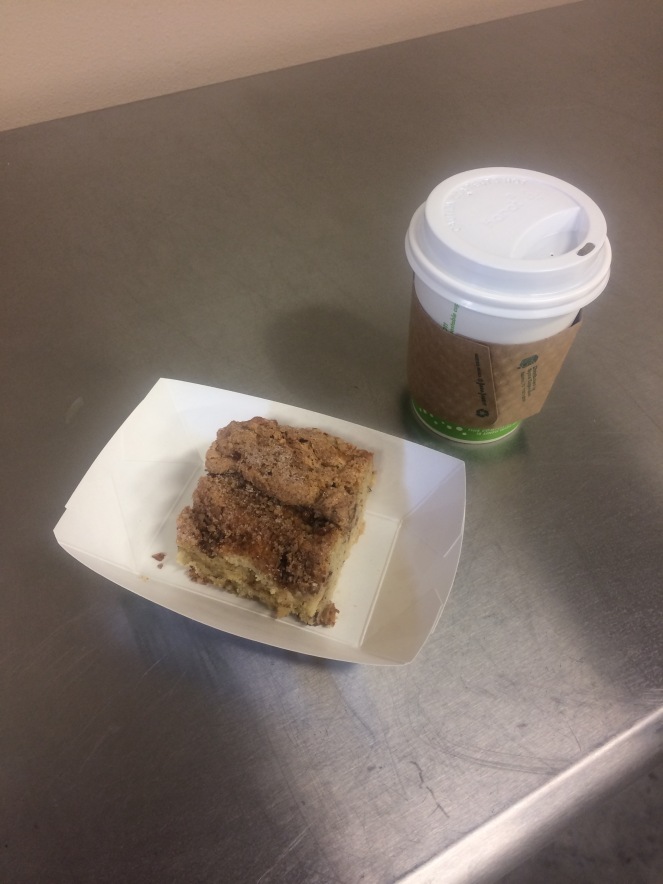 We hung out for a while in the Railyard Gardens; looking at the cool art installations, spotting wildlife like gophers and squirrels and climbing in the kids playground. I did at one point stand in a red ants nest but nothing bit me! Can you believe it?! [After I wrote this line, we went to collect our washing from the guest laundry and on the way, a grasshopper fell from a tree and landed on my head. Sigh]. 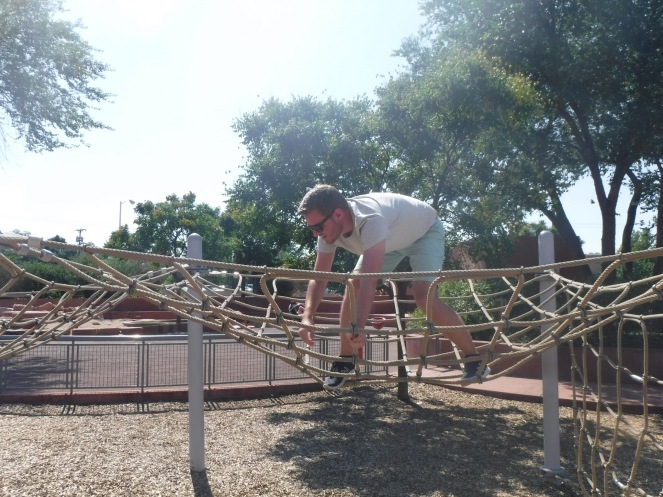 A short walk from the Railyard is the State Capitol Building and ‘The Oldest House in the USA’, which was made out of dirt and manure! Both are free to visit. 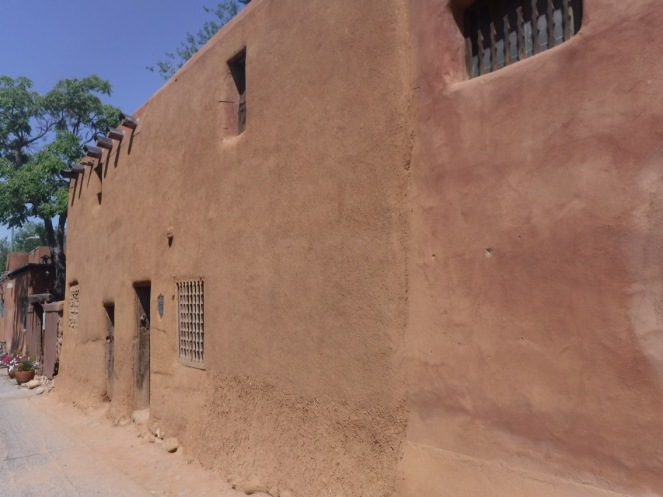 Ewan began to get the hunger shakes so we headed to the very popular Cowgirl BBQ for lunch. There was a band playing live country music in the Courtyard so the place was super busy. Their menu is classic BBQ and I was happy to see that they mark the gluten free options on the menu. I went for the nachos which are apparently famous and have been rated highly by Food Network and the Travel Channel…. but they were just okay!

We walked off our lunch around the streets of Santa Fe and checked out a couple local shops before stopping for our final drink of the day at Blue Corn Cafe. We sat on the rooftop, soaking in the sun and shooing away greedy pigeons.

Tomorrow we’ve only got an hour drive to Albuquerque, which I’m intrigued to see. I’m expecting it to be very much like Santa Fe but I could be wrong!