If any of you have seen the TV show ‘Portlandia’, you’ll probably be aware that Portland is a weird (and wonderful) city. If you haven’t, imagine a place that is full to the brim of independent, original businesses and very quirky people.

We didn’t arrive in Portland until late in the evening on our first day so decided not to head into town. Instead, we went for dinner at the Indian restaurant adjoining our hotel called Namaste. When I walked in and realized that it was a buffet, I was worried that I wouldn’t be able to eat. It turns out that every item is clearly labeled with all its ingredients and gluten/dairy free options are marked. Everything was yummy and the price was ridiculously cheap, $14 for all you can eat!

The following morning we got the shuttle into town for a full day of exploring in Portland. The first place we visited was the Chinese Garden in Old Town. The entrance fee is just shy of $10 per person and you get so much for your money. If you go at 10am on Thursdays, you get a free Tai Chi class taught in the main pavilion! We arrived just after they started so we didn’t join in but very much enjoyed watching them. The gardens themselves are stunning and quite big, with lots of cool areas to explore. Each building has a different attraction in it and all of them are free, from calligraphy lessons to fortune telling.

After such a relaxing time in the Chinese Gardens, it was time to get our morning caffeine fix. We went to the famous Voodoo Donuts and while I had high hopes that they might have gluten free options, I was sadly disappointed. However, it is a very cool place to see and their coffee is pretty good. For the non-gluten free visitors, they do some very… different… donut varieties, including one called ‘the cock and ball’. I’ll let you guys guess the shape of that one.

We spent the next couple of hours wandering around downtown and checking out the shops before stopping for a quick lunch in Freshii. It was weird to be back in a Freshii as that was the place I went to for lunch at least a couple times a week when I worked in Toronto! For anyone who’s never been, they do quite a few gluten free options including my favourite, the Bamboo Bowl. It’s best to check out their nutrition menu online before you go though as I’ve never found the staff to be that knowledgeable about gluten. 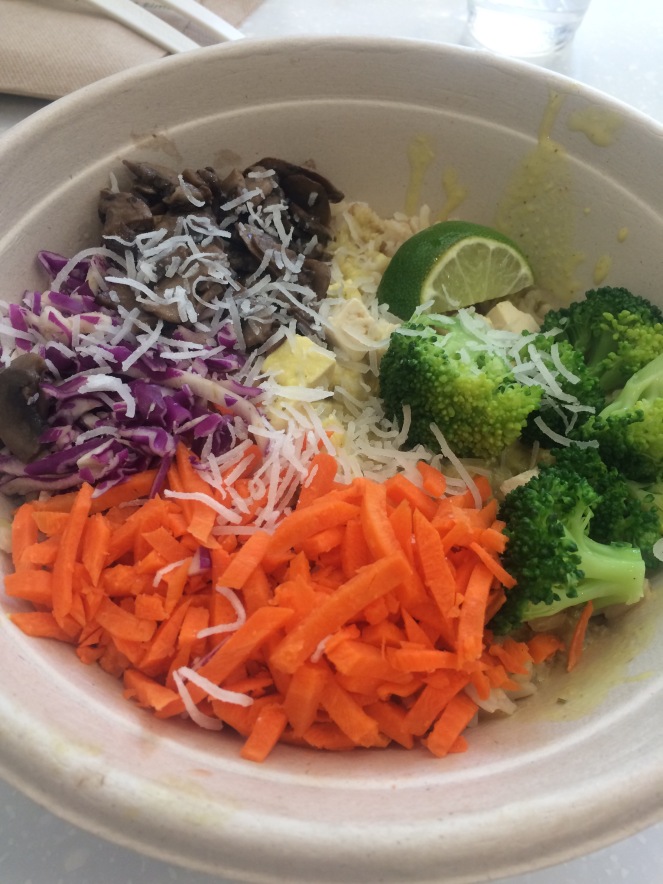 There’s a tourist information right across from Freshii so we popped in and asked this adorable old lady how we should spend the rest of our day. To say she was helpful is an understatement. She gave us a full breakdown of the best things to check out in the city and we had the best time thanks to her advice!

The first spot on her list of suggestions was the Portlandia Building which has a statue of a woman on the front that’s comparable in size to the Statue of Liberty. It’s actually ridiculously easy to miss because she’s bent down to catch a salmon (naturally) so she looks a lot smaller than I expected. Still, very cool to see!

We then walked all along the gorgeous waterfront back to Old Town and stopped for an alcoholic refreshment in a beer garden called Floyd’s. Another reason to love Portland – their alcohol is very cheap!

Portland is home to the largest independent book store in the USA and this place is seriously MASSIVE. I’m talking a store the size of an entire block and 4 stories tall, completely chock full of books. If you’re a book fan like I am, you can get lost in Powell’s Books for hours! 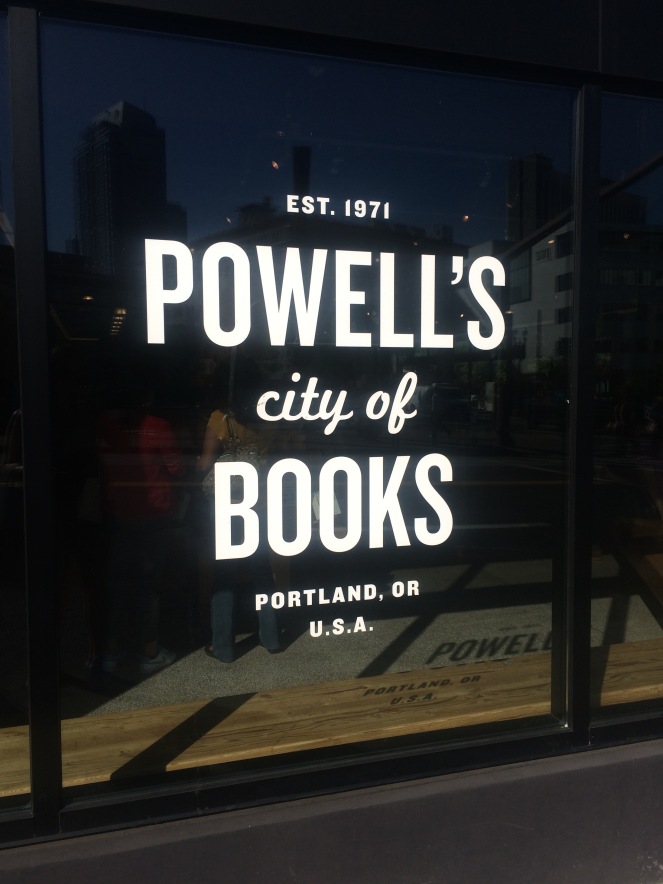 Right round the corner from Powell’s is the very cool Fat Head Brewery. Now, I am in no way a beer fan but this place really is amazing! They offer a few different gluten free beers along with lots of wines, ciders and cocktails. I tried a Mango cider which I’ll admit I didn’t love but the real winner was their food menu. They can basically make anything you want gluten free and during happy hour all their pizzas are only $8, with zero extra charge to make it gluten free! We couldn’t resist this insane offer so had a cheeky pizza to share with our drinks. Ewan had a beer flight (not gluten free) and of course tried their beer called ‘the Lou’. 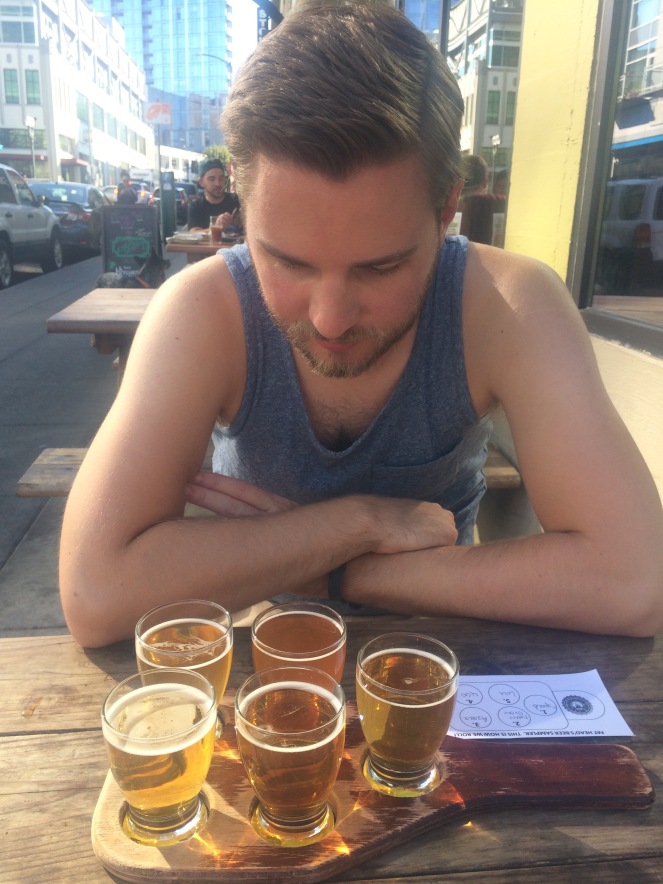 Our last stop of the day was Tilikum Bridge, the newest bridge in the city that only opened in 2015. There’s not as much around it as I had expected but it offers a nice vantage point to see the city.

We weren’t massively hungry after our pizza but didn’t want to head back to the hotel before having some dinner (I don’t think anyone can face an all you can eat Indian buffet twice in a row) so we popped into Flying Elephant Deli for a bite to eat. Funny story about the Flying Elephant, when I saw the name of this place on the map earlier in the day, I made Ewan walk all the way there thinking it would be a statue of an elephant with wings. It was a bloody Cafe! Flying Elephant Deli does have lots of gluten free options but it really is a cross contamination nightmare. I wouldn’t touch any of the gluten free cakes or breads with a barge pole because they are stored on the same plates as their gluten containing counterparts, but I just about trusted the soups and thankfully didn’t have any issues after eating it. I went for the Tomato Orange and it was yum!

Overall, I absolutely loved Portland and think it’s a really cool city to spend a day or two. My next blog post will be all about the beautiful city of Seattle!